(Not as many pics this month since our photographer played in the tourney.) 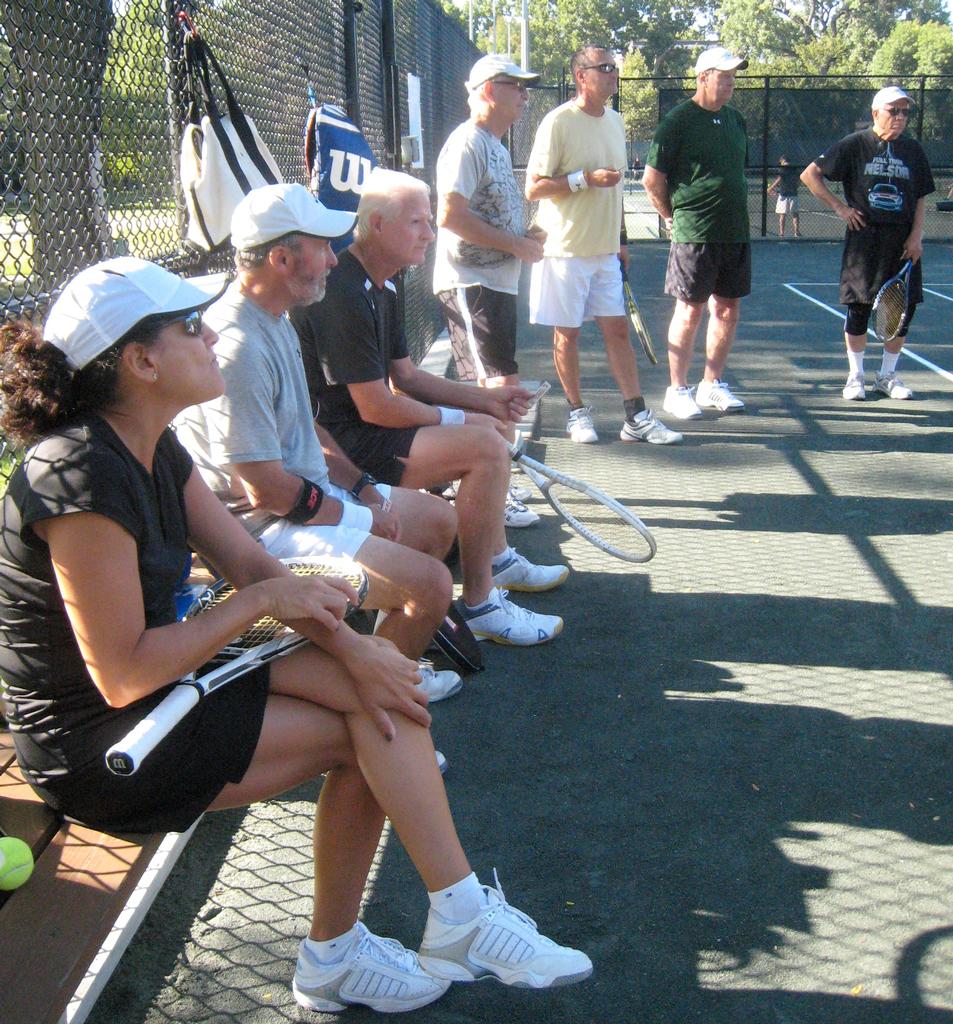 Participants take in the Opening Ceremonies.

Gary Carlson tries his MacEnroe outburst ploy to get Carl Peterson to back down on a line call.  Actually, I don't know why this looks so intense, it was a friendly exchange of information. 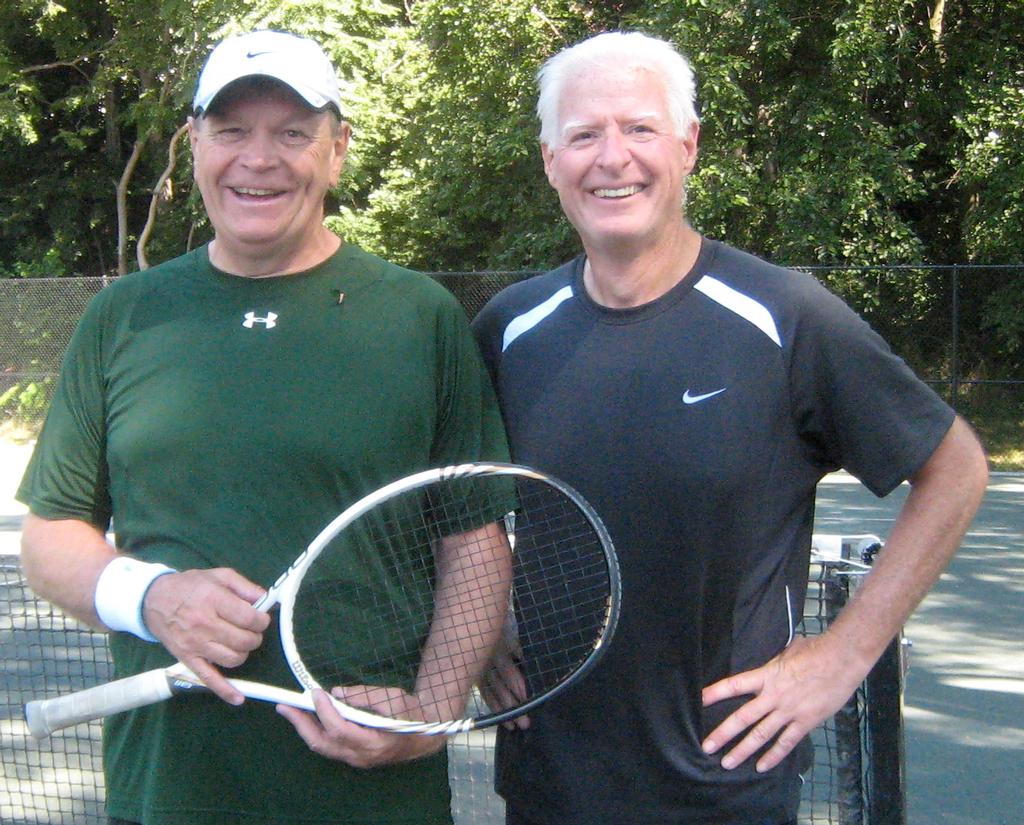 Jerry and John give us a smile after play was completed. 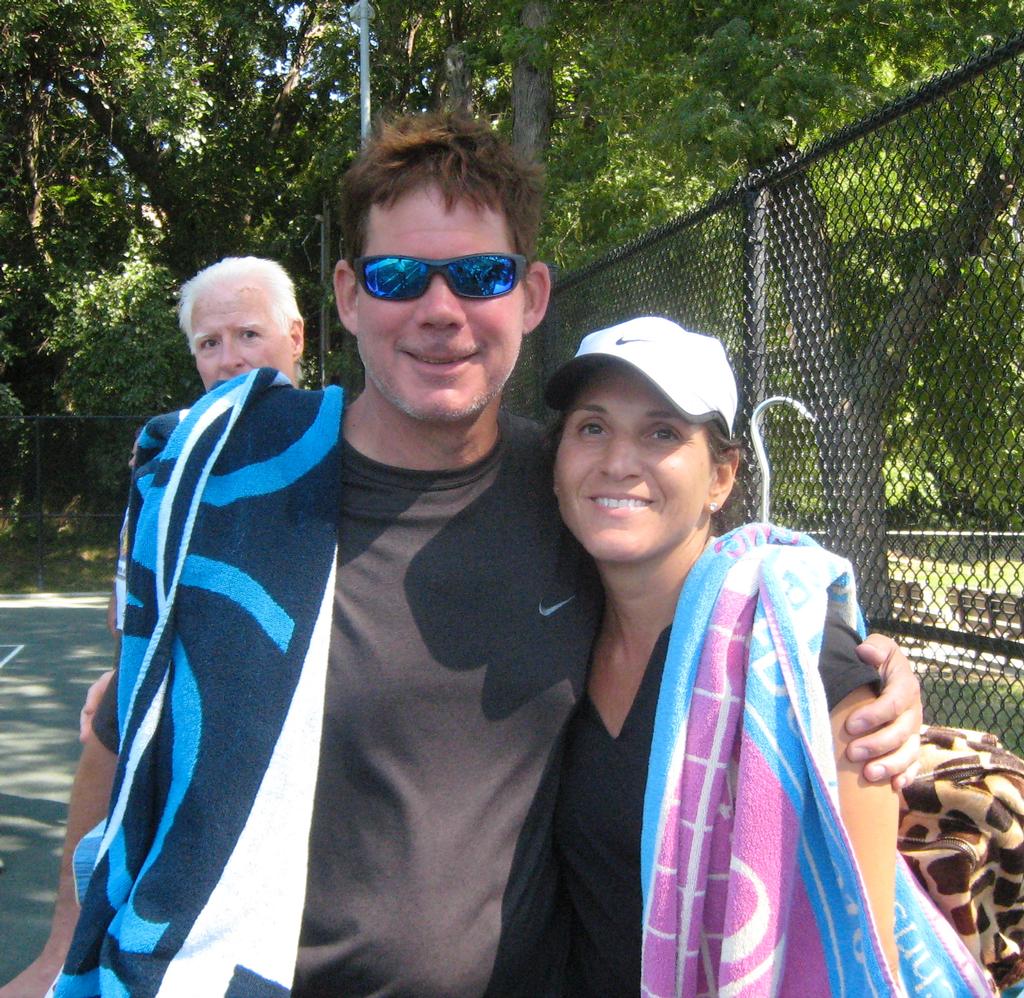 Hayes and Gloria give us a smile after play was completed.  What's with John trying to be in every picture? 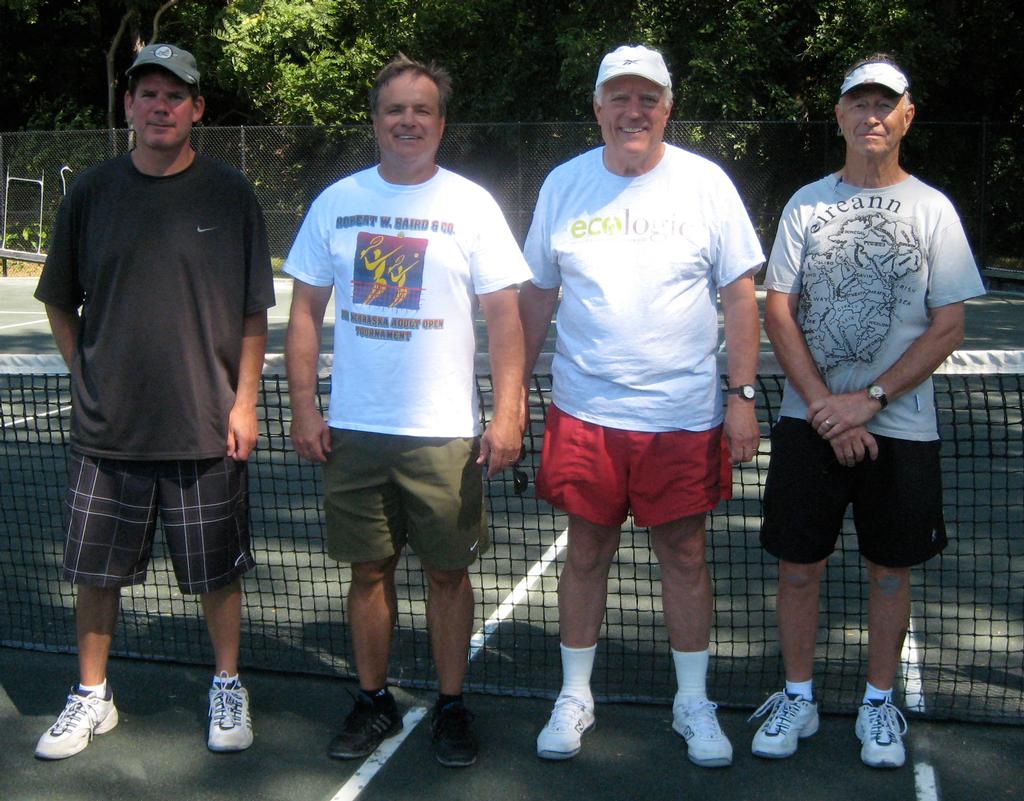 John was the first place finisher on court 1 winning 11 out of 12 games. 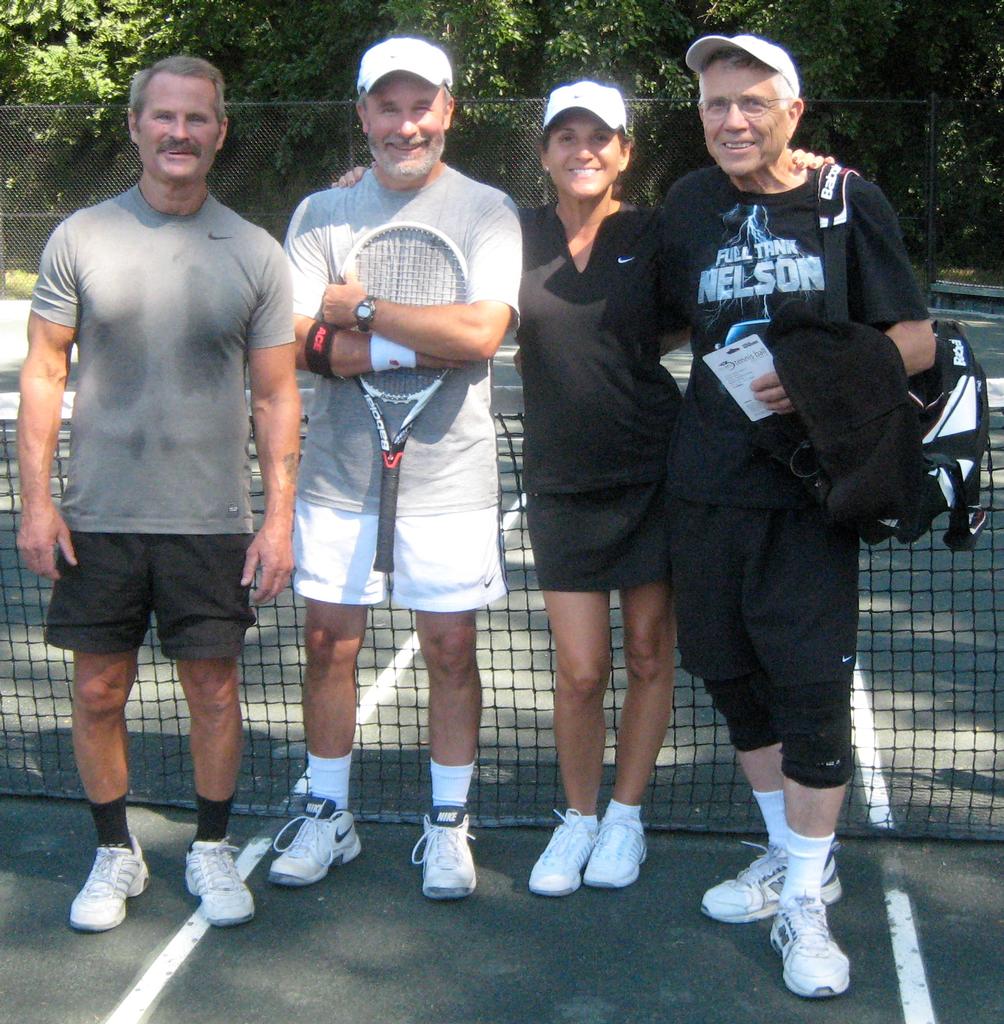 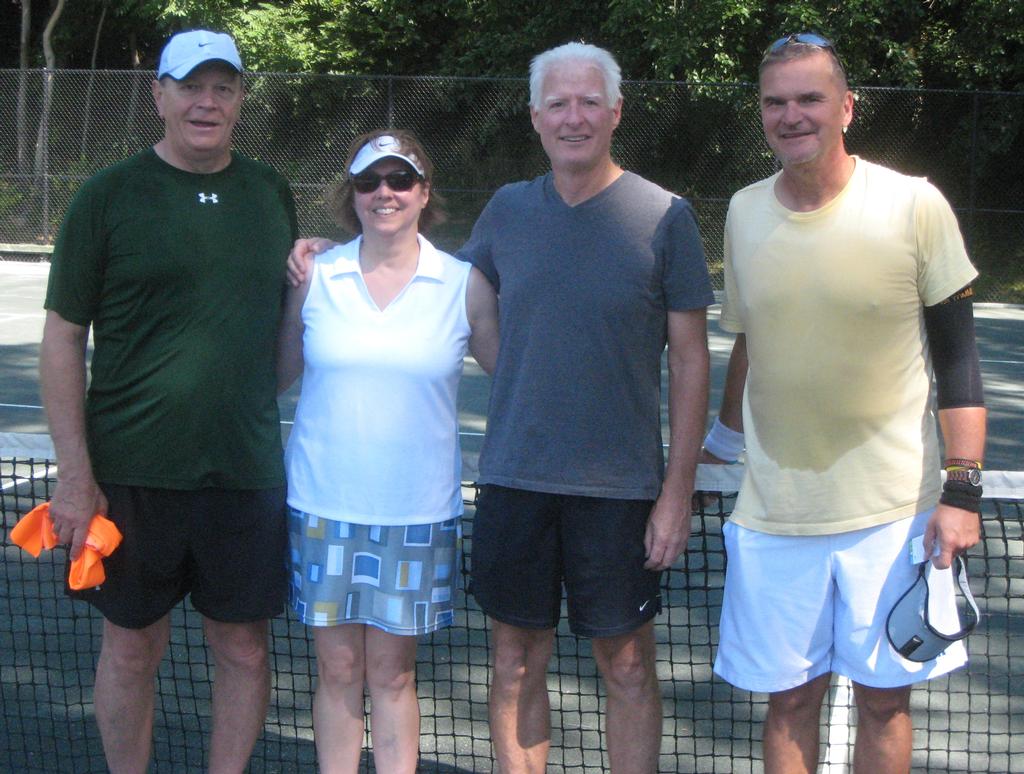 On the closest contested of the three courts, Jim Galus eked out a 1-game lead to win the court. 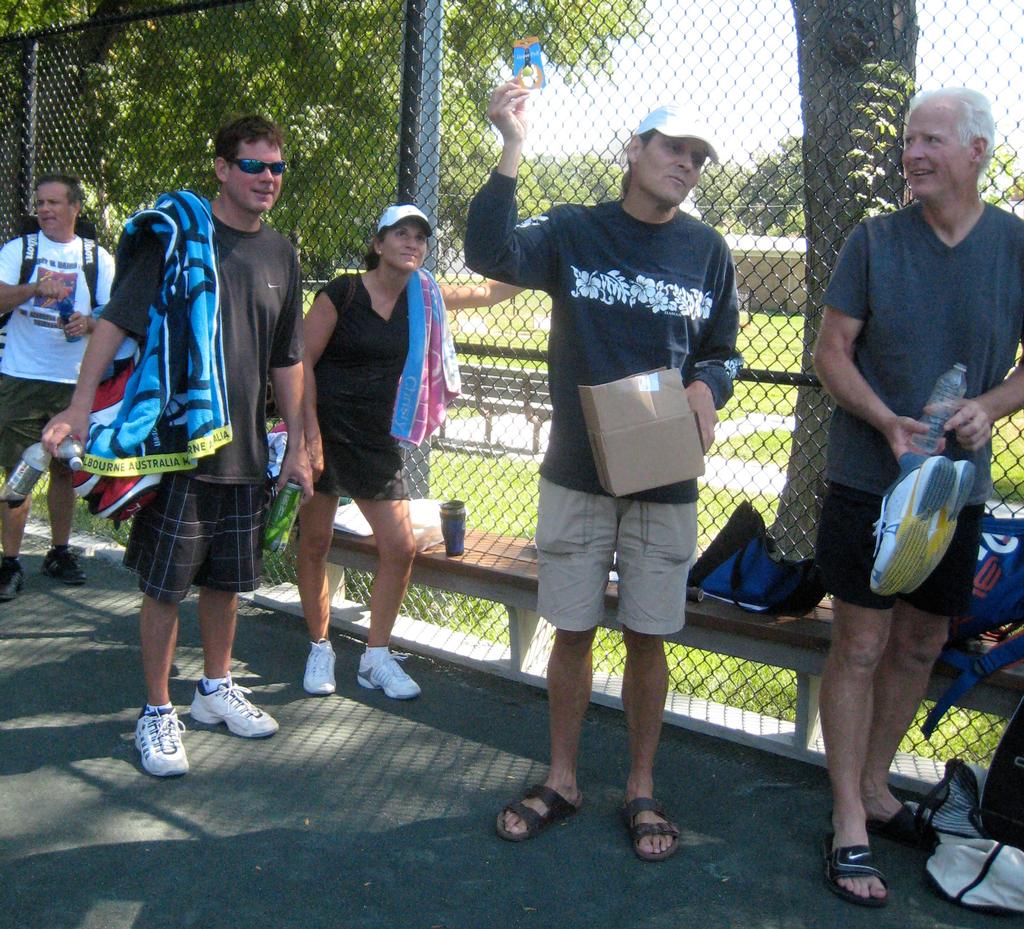 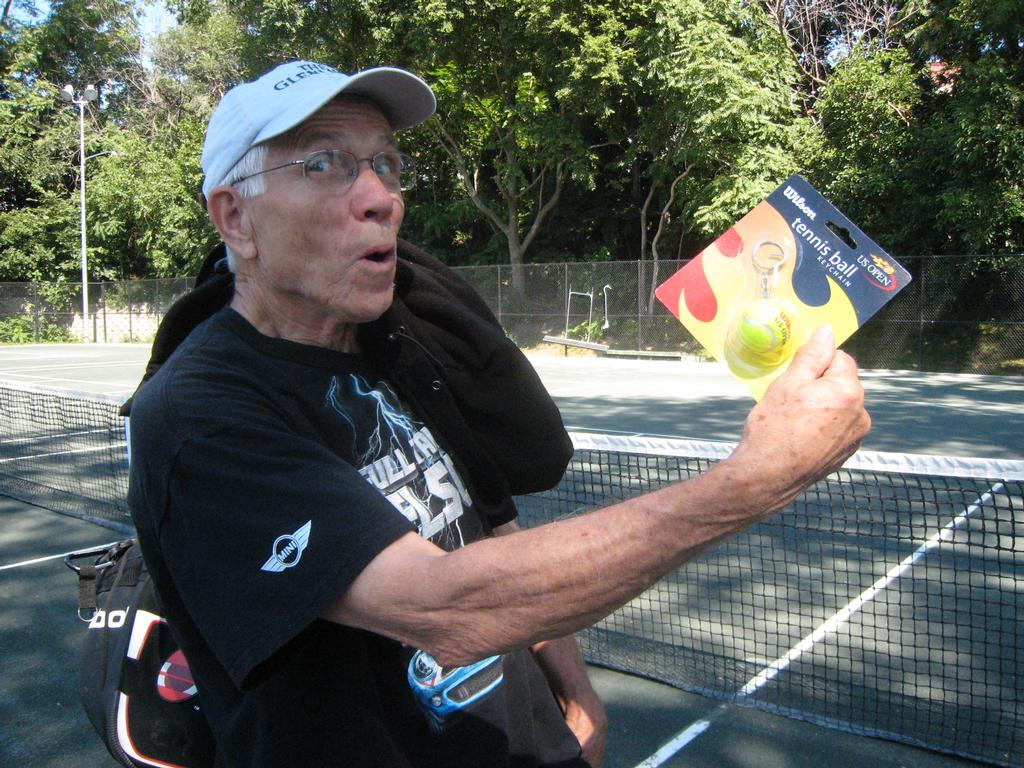 Seriously!  The prizes are that fabulous! 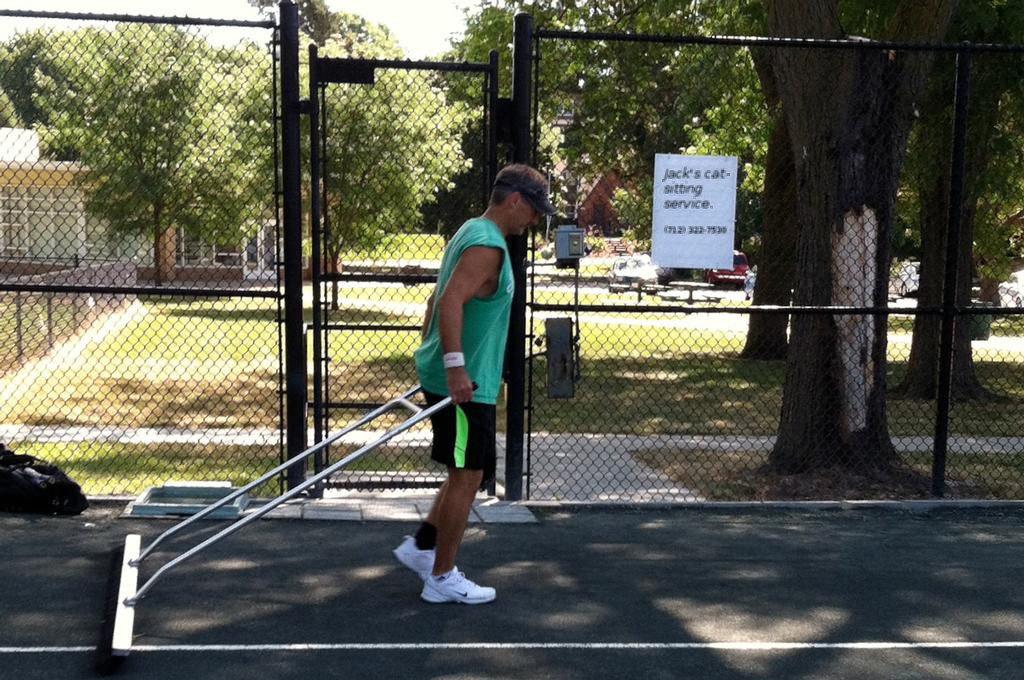 Of course, it always ends with sweeping.

Yes, it's another picture from last month.  Just another example of your O.C.C.A. doing our part to reduce, re-use, and recycle pixels.